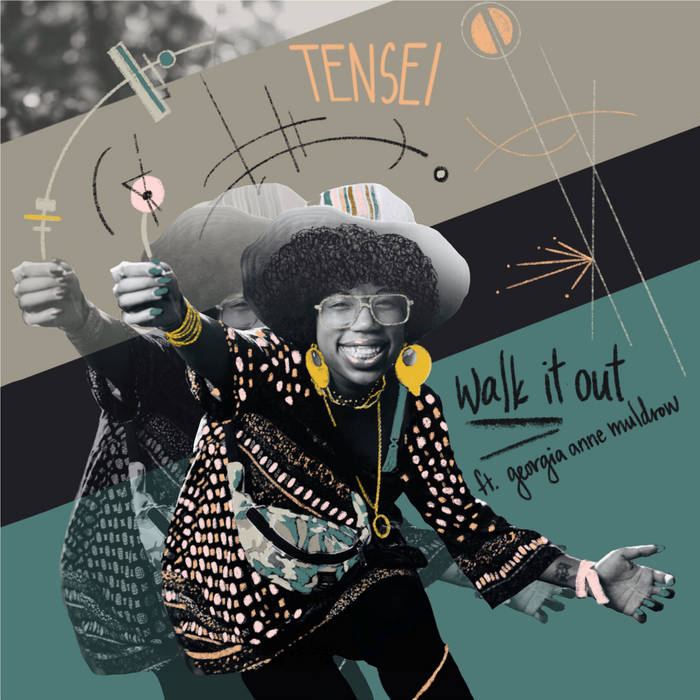 salihahsaadiq Great horn's in the background to assist the strong vocals. This track feels like a sunny day.

Fresh off the release of their acclaimed record Constellate on Tokyo Dawn Records, Chicago’s production powerhouse, Tensei joins forces with the soulful dynamo that is Georgia Anne Muldrow (Brainfeeder, Stones Throw, SomeOthaShip) to self-release the feel-good jam “Walk It Out.”

The record features contributions from emerging spiritual jazz stalwarts Greg Spero (Halsey, Makaya McCraven), Brandon Meeks, and Kafele. Timed appropriately for the late spring, early summer flowering period in nature, Walk It Out is a danceable invitation to release your pent up energy, rather than letting it fester.

The single will be a Bandcamp feature from May 15, 2019 to May 20, 2019 (with corresponding editorial). On May 20, 2019, the song will be released ton all other platforms. Along with the main vocal version, Tensei is also releasing instrumental variation along with two exclusive remixes, one by Tokyo Dawn labelmate Inkswel featuring John Robinson (Scienz of Life), and a second remix from the extraordinary Kenny Keys.

Mixed and Mastered by Benjamin Tierney.

For more on Tensei, we invite you to check out realtensei.com.

For more on Georgia Anne Muldrow. we encourage you to share her recent Tiny Desk Concert on NPR:
www.youtube.com/watch?v=8Otlu-H_5to

Tensei is the composer/producer/musician/beatmaker tandem of Chris Kramer and Midas Wells. Chicago based, they create eclectic compositions that fuse multiple styles through a hip hop lens. New Music via London Based Def Presse' coming soon!

Bandcamp Daily  your guide to the world of Bandcamp

Featured sounds by K.Spark and WIZDUMB, plus Basi joins the show to discuss his latest release.